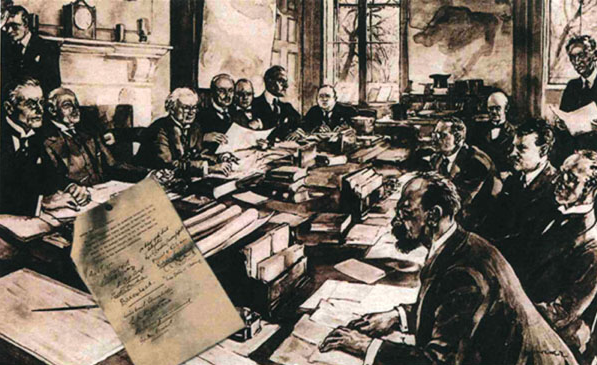 After almost two years of fighting, the military situation in Ireland had become a stalemate. A truce was agreed on 9th July 1921 that came into effect on 11th July. When the Truce came into effect, British and Irish representatives commenced peace negotiations. The exclusion of a portion of Ulster, the status of the new state and the nature of the relationship with Britain, led to a virtual deadlock between the Irish and British.

On the 6th of December 1921, a Treaty was finally signed with Britain. After a long and often heated debate in the Dáil, it was ratified in January 1922 by 64 votes to 57. By the end of May 1922, the majority of British forces had pulled out of Ireland. 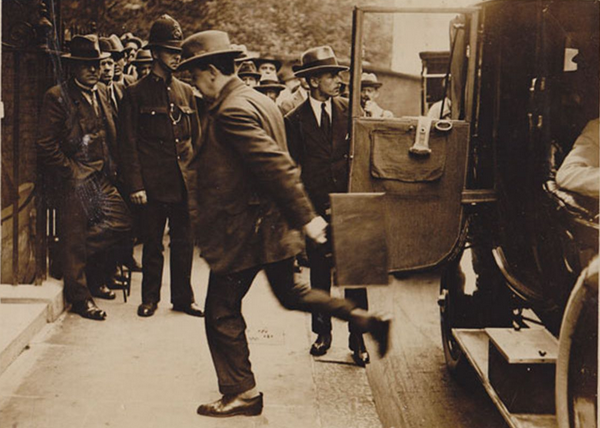 However, the ratification of the Treaty was followed by a bitter struggle between those in favour of and those against its implementation. The issue of partition and the swearing of allegiance by the new Irish government to the King of England all added to the bitter debate. As soldiers loyal to one side or the other began occupying barracks and seizing strategic locations, the country slowly began to slide into Civil War. 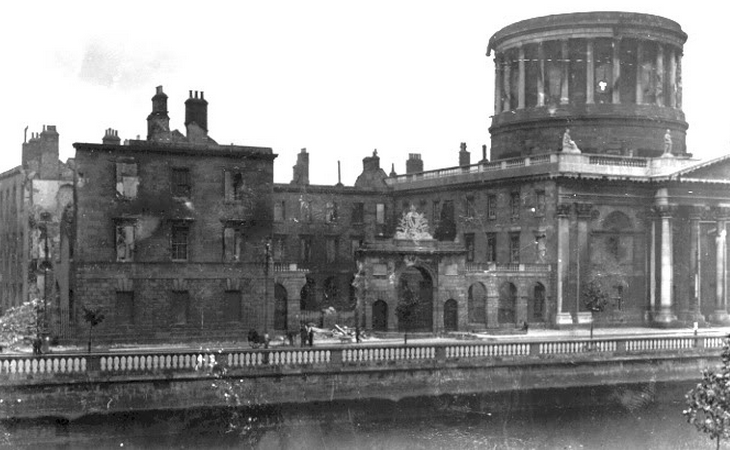 By the end of June 1922, Pro-Treaty forces shelled the Four Courts in Dublin and forced the surrender of its republican garrison. The fighting quickly spread to the rest of the city and the rest of the country. The Irish Civil War had commenced. 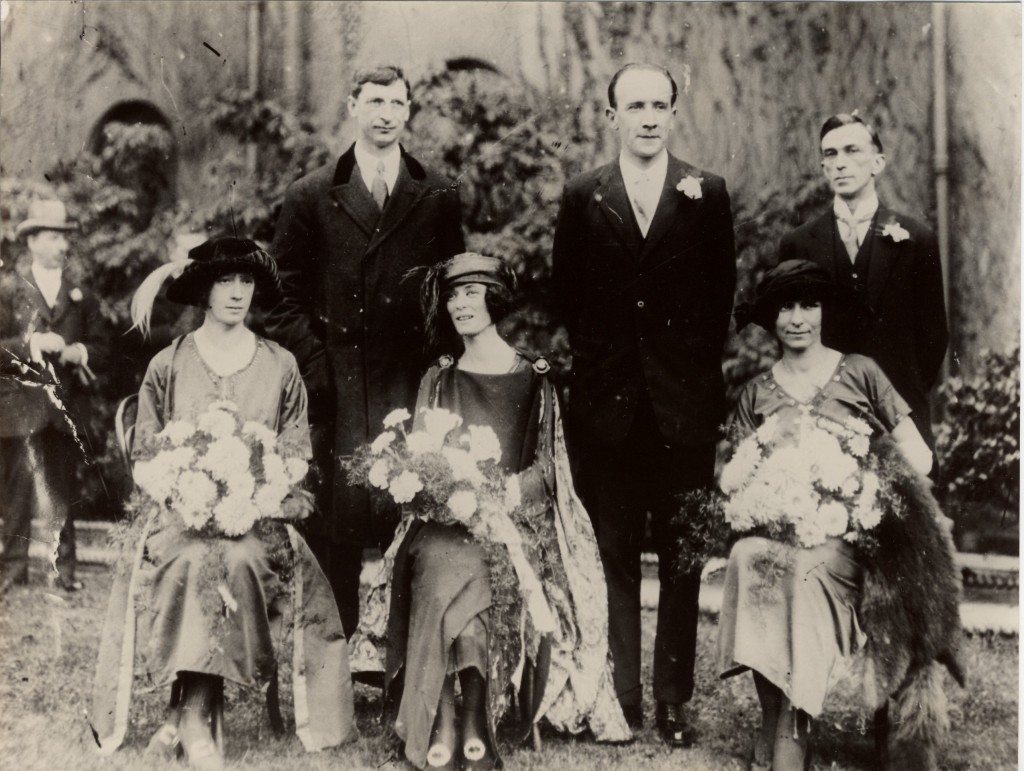 “The problem is to devise a scheme that will not detract from Irish freedom… What may happen I am not able to judge [but] you should realize the difficulties that are in the way’ and the fact that the best people might legitimately differ on such a scheme. The worst thing that could happen would be that we should not be tolerant of honest differences of opinion.” 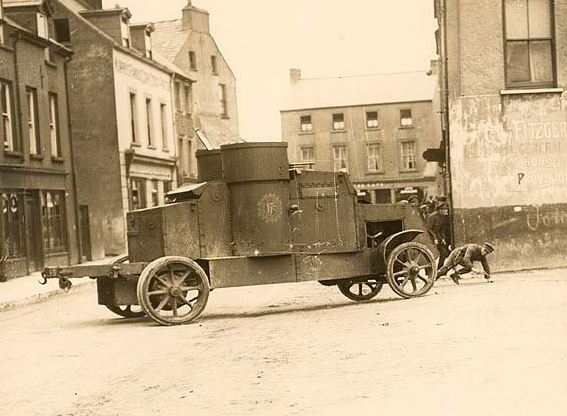 “On Wednesday 28th June 1922, the most recognisable building in Ireland, the Four Courts on Inns Quay in Dublin, was enveloped in a cloud of dust as artillery shells imploded into its edifice. The Irish Civil War had commenced.”